A Two-time Olympic gold medalist in judo and the current PFL Champion, Kayla Harrison recently become a mother through the adoption of her niece and nephew.

Within seconds of my first mention of her children, Kayla Harrison was pulling out her phone to show me photos of her daughter’s recent science project.

“She had to make a plant cell,” Harrison said inside the Seminole Hard Rock Hotel & Casino in Fort Lauderdale, Florida. “The teacher just sent an email to the class and said ‘this is a great example of what the project should look like,’ because my daughter turned it in early.”

She gazed proudly at her daughter’s handiwork for a moment before putting her phone back in her bag and moving her focus back to our interview.

Harrison is a two-time Olympic gold medalist in judo and now, the face of the Professional Fighters League (PFL), a mixed martial arts promotion that presents the sport in a unique, seasonal format with playoffs, championships, and million-dollar prizes for the champion of each weight class. Widely considered one of the best female fighters on earth, she’s won the PFL’s million-dollar prize once before and is poised to do so again when she fights Taylor Guardado in Fort Lauderdale on October 27.

Not long before her first fight of the year—a first-round TKO win over Mariana Morais in June—she became a mother for the first time when she adopted her young niece and nephew.

It was the best decision I’ve ever made in my life.

“My mother had custody of [my sister’s] two kids—her and her husband Bob—and in 2019 my mother had a stroke,” Harrison said, explaining how she ended up adopting her niece and nephew. “She’s recovering, she’s doing great, she’s actually with them right now, but she obviously had an uphill battle, being in the hospital for several weeks after suffering a major brain trauma. Then in May of 2020, her husband Bob very suddenly passed away. He was pretty much the rock of the family. He was taking care of my Mom, he was taking care of the kids, he was taking care of everybody. So I said ‘I’ll take them’ because I love them and my Mom was not going to be able to do it.

“It was the best decision I’ve ever made in my life,” she added. “In the moment I couldn’t really believe I was taking two kids, and it was very overwhelming and kind of surreal. I felt more scared than I’ve ever been in my life, but looking back now, I can’t even remember what my life was like before them. I can’t picture it. They are the most special things in the world to me. They have opened my eyes to what’s really important, and what life is really about.

Harrison has loved her first months of motherhood but concedes that it’s been difficult—more difficult, even, than her job as a professional fighter, which not only requires her to battle highly-trained martial artists in a locked cage several times a year, but spend countless hours pushing her body to the limit in the gym.

It’s the hardest thing I’ve ever done in my life—hands down, the hardest thing. Winning gold medals, fighting for world titles in MMA, that’s all a walk in the park compared to raising kids.

“It’s way harder [than fighting],” she said with a laugh. “First of all, there’s the fear of ‘am I doing this right? Am I messing them up? Am I traumatizing them? Am I too soft on them? Am I not soft enough?’ You’re constantly questioning yourself. There’s no manual. You don’t know. Then there’s all the trauma they’ve been through, being uprooted from their home. The only man they’ve ever known as their father is dead, now they’re with a single mother. They knew me, but I was the fun aunt who got them hopped up on sugar and took them to Disney and then was like ‘alright, I’ll see you in a couple weeks!’

“Their lives changed dramatically. Then there’s me trying to figure out what the hell I’m doing while also trying to have a career at the same time. It’s the hardest thing I’ve ever done in my life—hands down, the hardest thing. Winning gold medals, fighting for world titles in MMA, that’s all a walk in the park compared to raising kids. That’s why I have so much respect for good parents. It’s the toughest job in the world but also the most rewarding. Like, the first time [my son] said I love you, I thought I was going to die. I’m going to tear up just thinking about it.”

While Harrison has struggled to juggle her job as a mother with her job as a fighter, she says the two jobs also complement each other in some ways. Motivation has never been an issue for the former Olympian—her jam-packed trophy case is all the proof of that you need—but with two mouths to feed, she’s never been more determined to succeed in her chosen sport.

“In my career I’m very selfish,” she said candidly. “I have an internal desire to be the best at what I do. I always have, but I think that having two people who depend on me, where I’m the end-all, be-all and I’ve got to make s**t happen for us, that definitely motivates me even more, which I didn’t think was possible.

“I think I’ve found a balance in my life where when I’m training, I give 110 percent, and I’m trying to be the best possible version of me for my family and myself. And when I’m at home, I actually leave it all in the gym. I don’t go home and obsess about fighting, which is what I would do before I had kids. They don’t care if I win or lose. They don’t care if I had a good sparring session or a bad sparring session. They don’t care if I’m exhausted. They just want Mom, and so I have to leave Kayla the fighter at the door and come home and be Mom, and that’s actually made me a better person and a better fighter.”

Harrison’s children might not give much thought to their mother’s unusual career just yet, but that’s almost certain to change as they get older.

She doesn’t intend on hiding what she does from them. In fact, she plans on bringing her daughter to her October 27 fight with Guardado. Her son will get the same opportunity when he’s a little older.

“My Mom brought [my daughter] to one before when she was a lot younger, and she’s stayed up to watch some of them in the past,” Harrison said. “She’s been asking me every day this year if she can come to one of my fights, so I’m going to let her come to this one since we live 20 minutes [from the arena].

“[My son], absolutely not,” she said with a laugh. “First of all, he’s three, so it’s way too late for him. Second, he would go to school the next day and try to arm-bar some kid.

“We’ll save that for when he’s older and can comprehend that we don’t do this [outside the cage].”

When Harrison’s kids are old enough to fully understand what she does for a living, they’re probably going to think it’s pretty cool. The schoolyard “my mom could beat up your mom” debates feel inevitable.

Making her kids proud, however, is not her objective.

“It’s not their job to be proud of me, it’s my job to be proud of them,” she said. “It’s my job to love them and make them good, upstanding citizens of the community who are happy, healthy, safe, soothed, seen and secure. So, I mean I hope they are [proud of me], but that doesn’t matter to me. My job is to put food on the table and provide for them and give them the best possible life I can.”

Spend more than a few minutes speaking with Kayla Harrison and it will quickly become clear that she’s not a fighter with children but a mother who happens to fight. It was evident the moment she pulled out her phone to show me her daughter’s science project at the beginning of our interview and unquestionable by the time it ended, as she hurriedly hustled home in hopes of seeing her kids before they fell asleep. 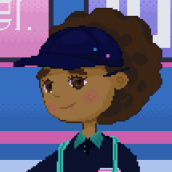 Moms Share The Best Rules For Traveling with Kids

The Modern Gender-Neutral Baby Brand You Need To Know